Real Madrid could are reportedly keen to edge out Tottenham Hotspur in the race to sign RB Leipzig head coach Julian Nagelsmann.

The German tactician has been touted as a possible replacement for Jose Mourinho at Tottenham after disappointing performances and results that has left Spurs ninth in the Premier League. 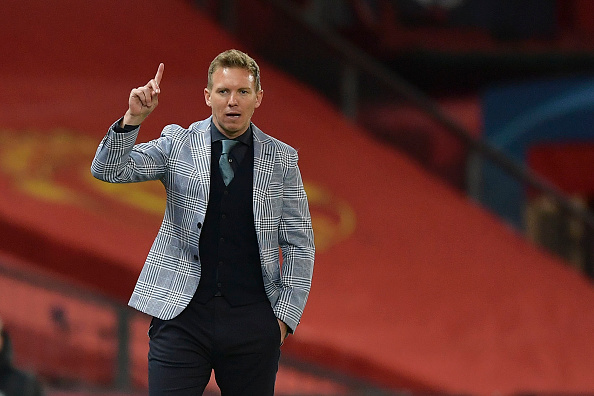 However, talkSPORT reports that the Premier League giants could face competition from Real Madrid, who are considering replacing Zinedine Zidane at the end of the campaign.

The uncertainty have been raised over Zidane’s future at the Bernabeu following the club’s Super Cup semi-final defeat to Athletic Bilbao, an early exit from the Copa del Rey as well as their inconsistent form in the Spanish top flight.

Nagelsmann has enjoyed a successful spell at RB Leipzig since arriving from Hoffenheim in 2016, helping the club’s progress to become one of the top teams in the Bundesliga.