Of course, we all know that casino games are based on random chance. Even poker that is one of the games where skill is more involved don’t know which cards will be played next and many poker strategies tell to fold before you go too deep into the betting if you have a rather weak hand. This is a very important example when you think about any type of gambling strategy because the element of the unknown sooner or later will impact your plans.

Having said that having a strategy makes us feel we are in a comfort zone and even the most experienced players like that feeling. Thinking to have some sort of control over the outcomes of games of chance make us think that we are closer to master them. But the question is: if you are going to gamble than why not trying few different strategies that are outside your comfort zone?

There are known ways of reducing the house advantage but there are not too many. Gambling always in the same way just to try to exploit a small advantage over the Casino will become boring and monotonous. So what we have looked at in this article are few strategies to use in the spirit of ‘no risk, no reward’. Of course, make sure you use them carefully and never bet more than you can afford to lose. 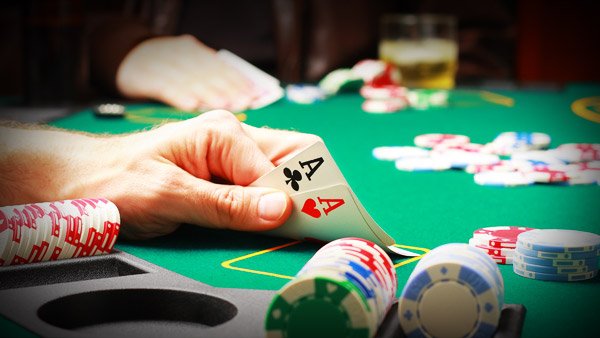 One of the reasons why blackjack is loved among gamblers is that, unlike many other casino games, you can influence it with some skill. The house edge on blackjack is pretty good but there is a big problem with standard blackjack: it is not the most generous version of this game you can play. Even if lots of gamblers have learned to avoid single deck blackjack games that only pay 6:4 odds, the majority of players are still in the comfort zone by playing standard blackjack with 6 to 8 decks as they believe in the 3:2 odds. But there is a better way to get a slight advantage over the normal blackjack and it is Spanish 21.

If your online casino offers this game you should try it. The main difference between Spanish 21 and blackjack is that the latter is played without any 10 points cards. So Spanish 21 deck has only 48 cards instead of 52 cards. So by removing the 10 point cards, the game reduces the chances of either player or dealer drawing a natural 21. This is all great but the downside of Spanish 21 is that the house edge is around 3% vs the 1% of the normal blackjack. Having said that there are good rewards in Spanish 21. The first one is that players always win 21 to 21. So even if the deal has a blackjack you win if you can match it. Another interesting thing to notice is that the house pays 3:2 on player blackjack. Another very interesting thing you can do when playing Spanish 21 is that you can split Aces a second time. Surely you won’t be dealt 3 or 4 Aves but when that happens you can split again.

But the question that most of you will be asking now is: why we should play Spanish 21 if the house edge is worse than the normal blackjack? We think that too usually gamblers are too obsessed with the ‘house edge’. Technically the edge is only made across a very big number of bets which means that the house sometimes does better than the average and sometimes worse. This volatility is key as it means that you can win a lot of money if you catch the wave of the house underperforming. Instead of focusing on comparing house edge statistics between the games you should look at trying Spanish 21 and see if the additional features will help you in the game compared with blackjack. It will also break you out of your comfort zone so you might be surprised by your results when challenged in a different way and you might never want to play the standard blackjack again.

It is known that Casino does not like when you are the only player at the blackjack table. The reason is that part of the casino’s edge is made from the dealer playing against a number of customers at the same time. You can see this by yourself as by playing only against the dealer you will see a lot less volatility in the distribution of the cards. But what is the reason why it does matter how many players are at the table? The reason is that when are you against the dealer you have an even chance of drawing the cards you need. As more people join the table your chances drop significantly. The dealer doesn’t need to draw high-value cards as often as the individual players do. This is because the house wins every time a player bust. So if you play a conservative game in a one to one situation with a dealer you have a very good situation. Surely the house advantage will always be there but in this way, it is significantly reduced.

Slots games have evolved significantly over the years. The software providers have added more and more pay lines to these games and even add more screens to handle more pay lines. Even if this might look in the surface a genuine gesture to players, in reality, they have reduced the chances of small players. If you only play 1 out of 25 active pay lines you will almost certainly never win. Players who try to keep their money by playing fewer pay lines are strictly speaking burning their cash. This is because the games are set to pay the best percentage when all the pay lines are active. The multi-pay line games normally provide a better return to players that the older single paylines: if the paytable show an RTP better than 96% it means that the slot is approaching Spanish 21, roulette and blackjack territory. So remember if you end up playing slots make sure you max out the play lines to have better chances of winning. If you are not prepared to do so than move to another game, it is better!