The most prestigious hurdle race of the National hunt season each year is the Champion Hurdle. It takes place on the first day of the festival and has been won by an ever-growing list of champions. The race inaugurated back in 1927 and has continued to grow in a statue. The race takes place over a speedy 2 miles and 1/2 furlong which takes no hiding place as they go a serious pace throughout.

This year’s race looks set to be as exciting as ever as the current champion Buveur D’Air looks to defend his crown against former Champion hurdler Faugheen. Faugheen looked to be as good as ever following his injury layoff on his reappearance, however, failed to fire on his following start. With no reasons behind this, it’s still the Champion Hurdle as his main target. If the ‘Machine’ turns up in top form we are set for one of the most anticipated clashes of the National Hunt season. The latest Cheltenham betting still has the current champion as the clear favourite going into the race. Check this infographic out to see how Faugheen compares to the greatest Champion hurdlers throughout history. 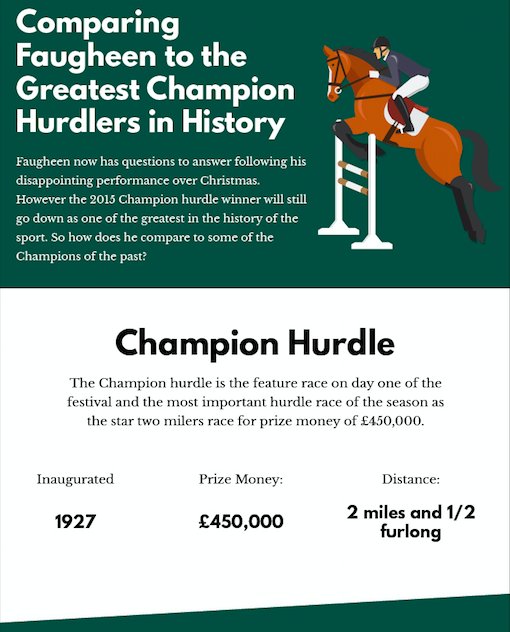 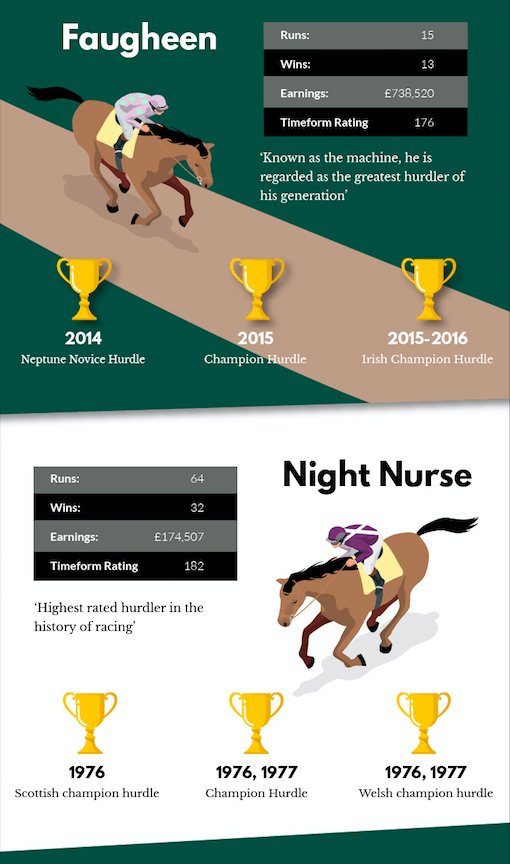 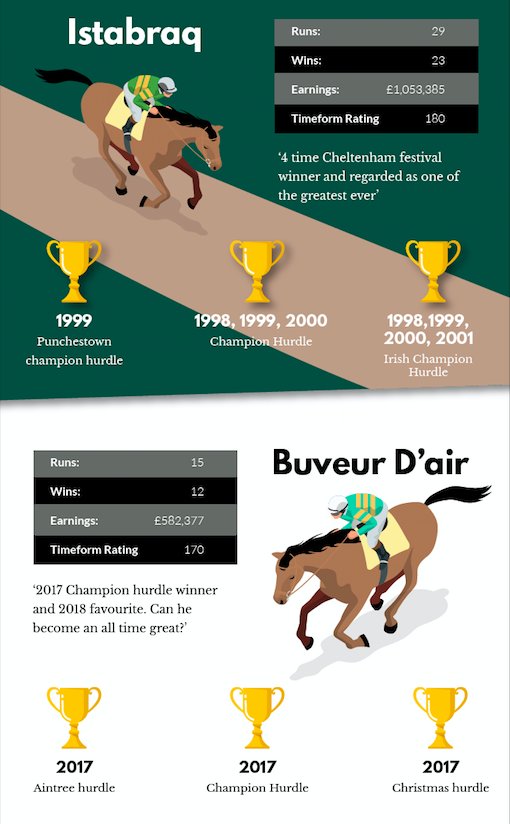