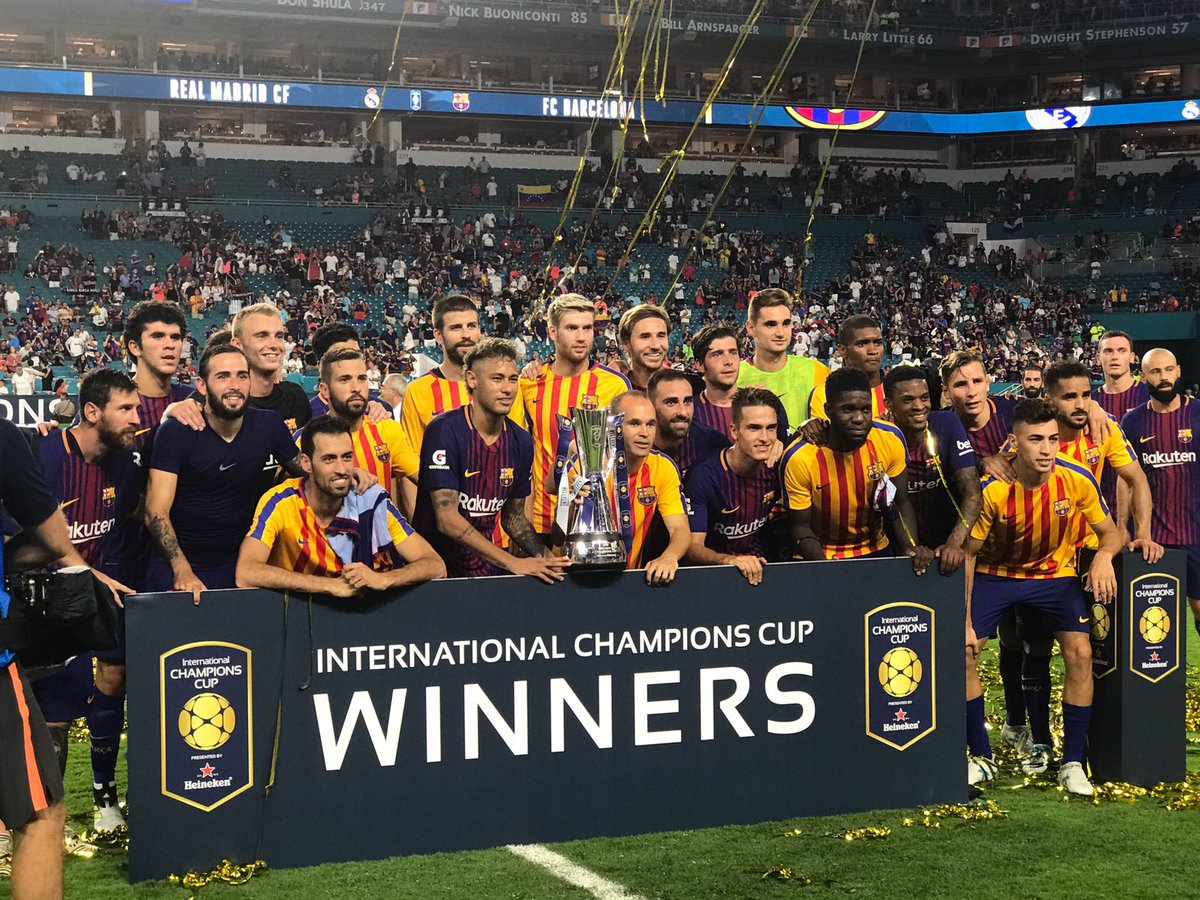 Barca win the first El Clasico of the 2017/18 season as the catalans won the International Champions Cup 2017.

Here are the best tweets as Barca edge out Madrid in thrilling Clasico.

Messi with a ridiculous pass and Neymar Higuain's it.

Hope Neymar scores and Semedo hugs him and they'll live happily ever after forever and ever, amen.

There's nothing he can't do