Manchester United are reportedly ready to lock horns with Liverpool over Bayer Leverkusen midfielder Kai Havertz, according to a report.

The Red Devils will face competition from The Reds and Man City in the race to sign the German international who is attracting a lot of interest from Europe’s elite clubs ahead of the January transfer window. 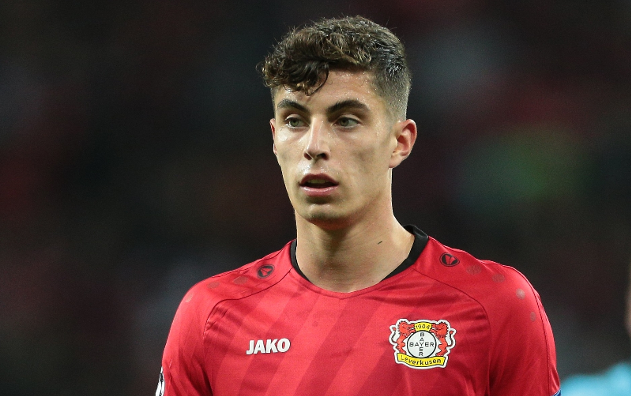 According to the Bild, as quoted by The Sun, Manchester United are one of six clubs who are keeping close tabs on the 20-year-old midfielder ahead of a potential swoop at the beginning of 2020.

The report goes on to claim, the Bundesliga outfit have set £111m Havertz’s asking price ahead of the January transfer window.

United are joined by City, Liverpool, Real Madrid, Barcelona and Bayern Munich as having a strong interest in the youngster.

The Bavarians appear to have an advantage in the hunt for Havertz’s signature given that the starlet himself is an admirer of the German champions.

Havertz has contributed two goals and one assist in 13 Bundesliga appearances this term.