Jadon Sancho from Borussia Dortmund is reportedly the subject of interest from Manchester United, according to The Sun.

The Red Devils have made a surprise approach to the German outfit to try and sign the 18-year-old midfielder. 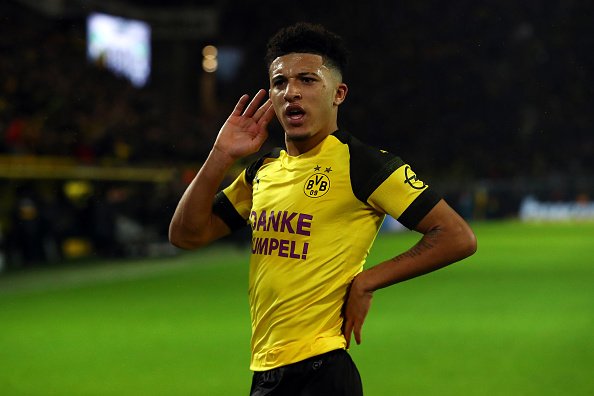 The 20-time English champions are keeping a close eye on the teenager, who featured for BVB during their defeat by Tottenham Hotspur in the Champions League on Wednesday night.

The report adds that United have been quoted a fee of around £70million for the England international as they ponder a summer move to try and bring him to Old Trafford.

The winger could find a move to The North-West giants “difficult to resist”, despite him having signed for the Bundesliga outfit from Premier League rivals Manchester City.

Sancho has impressed with the Germans this term, scoring seven times and providing nine assists in 21 top-flight appearances.