Manchester United hoping to rekindle their interest in Borussia Dortmund attacker Jadon Sancho during the January transfer window, according to the Manchester Evening News.

Ole Gunnar Solskjaer’s side were strongly linked with the 20-year-old over the summer but were unable to get a deal over the line. 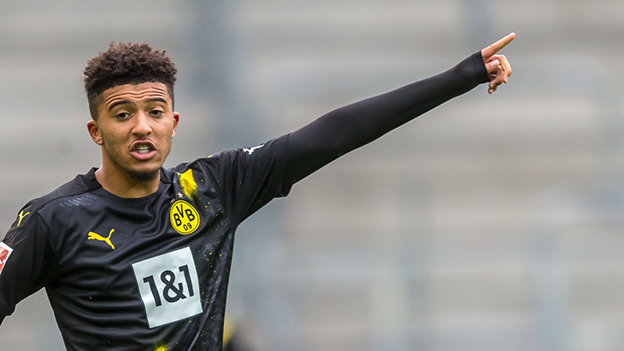 A report emerged that Liverpool and Bayern Munich had now overtaken the Red Devils in the race for the England international, who is still on United’s transfer wish-list, and the club could rekindle their pursuit in the New Year.

The report, though, suggests that the youngster is more likely to leave BVB next summer when the likes of Liverpool, Bayern Munich and Real Madrid could join the race.

Sancho has contributed one goal and two assists in three outings for Dortmund this term.