Arsenal are reportedly keen to edge out AC Milan in the race to sign Real Madrid striker Luka Jovic.

The 22-year-old frontman has scored 36 goals in 75 appearances for Eintracht Frankfurt ahead of a move to Real Madrid, but he has struggled to make an impact at the Bernabeu.

The Serbia international has managed to score just two goals in 24 appearances for Los Blancos, leading to suggestions that he could be offload during this summer’s transfer window. 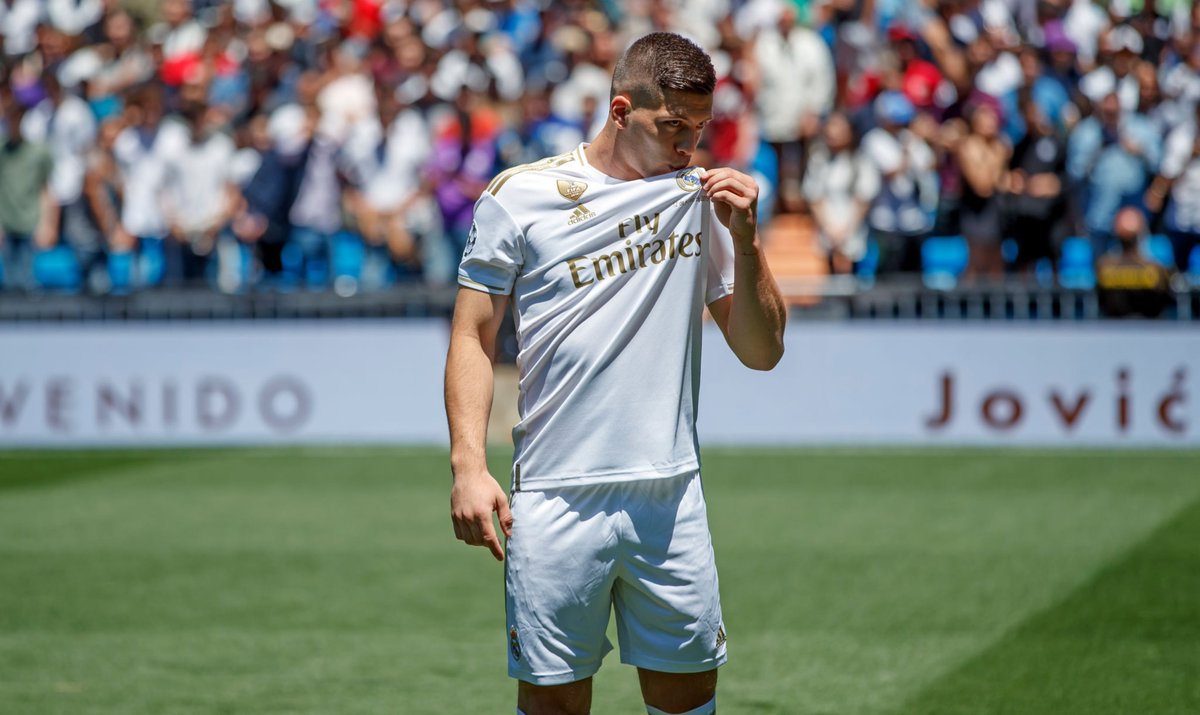 The La Liga giants are thought to be keen to keep the Serbian after careful consideration, but the future remains uncertain.

The Italian giants AC Milan are understood to be interested in a deal, but according to Sport, the Gunners are in the pole position to complete a deal for the Real Madrid striker amid ongoing doubts surrounding Pierre-Emerick Aubameyang, whose contract at the Emirates due to expire next summer.

Having already fallen out of favour with Madrid, the interested parties are gathering for Jovic, but the presence of the Gunners in the market has reportedly scared off other interested suitors.