The Manchester United vs Manchester City game is probably the most anticipated this season. The current league position and point tally of both teams means that it should be an interesting match. Premier League betting at Betfair means you can place multiple bets ahead of this fiercely competitive match.

In recent years, City have had the upper hand on their Manchester rivals and have finished above them in the league every season since Sir Alex Ferguson’s retirement. A win for City could mean that the odds on Premier League winner 2018 becomes clearer thanks to the 11 point lead they would gain over second place (currently Manchester United). However, defeat would mean that the gap would be reduced to 5 points. Considering that City are currently on a 13 game winning streak, it seems likely that the gap will either increase or remain the same rather than be reduced. However Jose Mourinho and his teams have a habit of picking up results in games like this, so it is very possible that the gap will be reduced.

In the last decade, both clubs have been splashing the cash to become and remain one of the biggest teams in England and, as a result, now have the two of the most expensive squads assembled in footballing history. This infographic looks at the spending of both clubs since 2008. 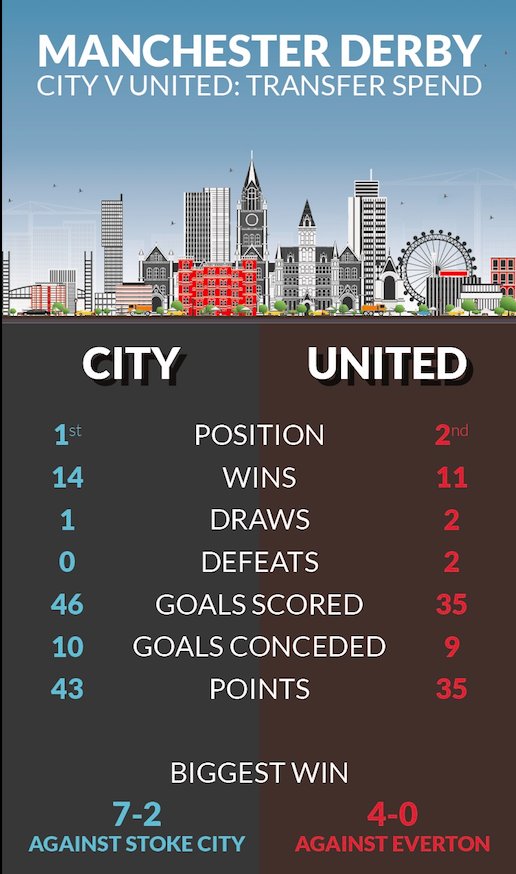 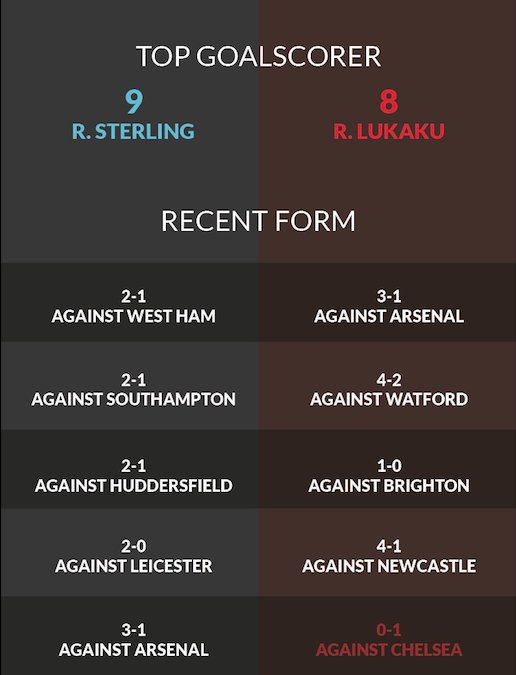 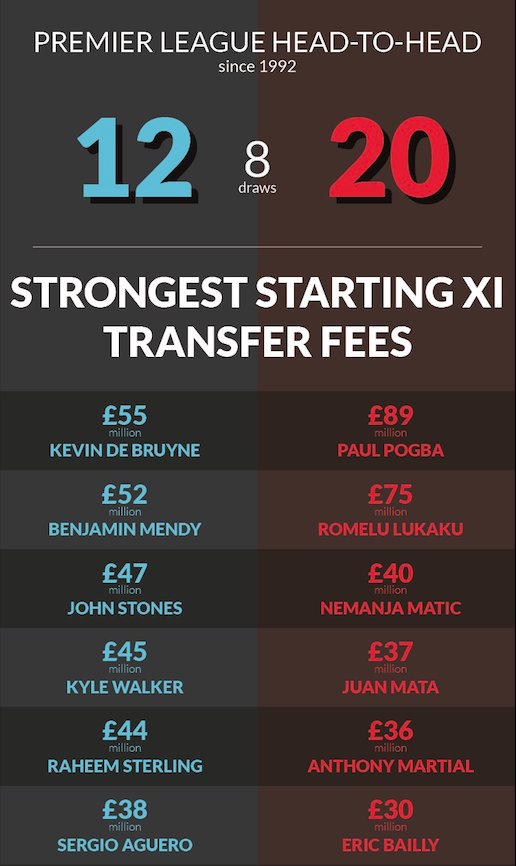 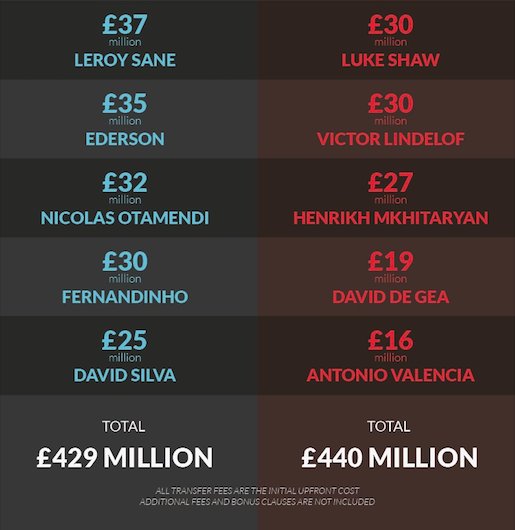 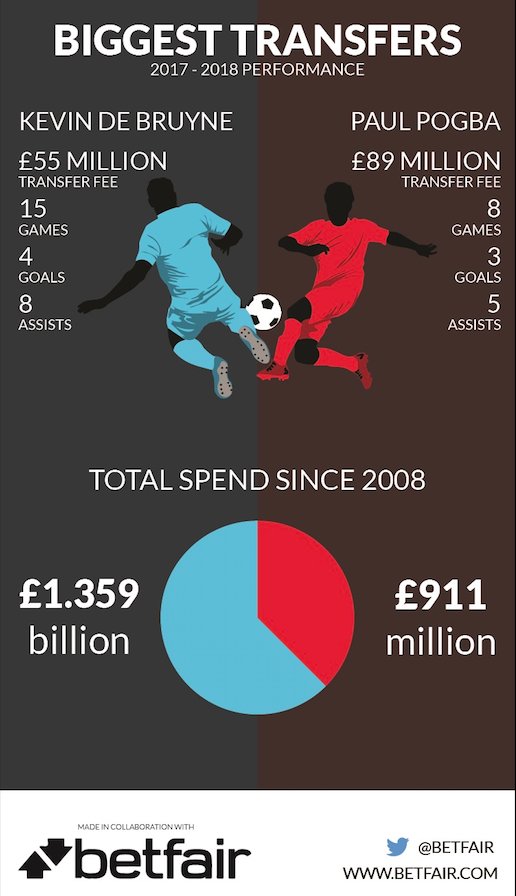