The 31-year-old defender Gerard Pique has announced his retirement from international duty with Spain.

The centre-back hinted prior to the World Cup 2018 that the tournament would be his last for La Roja, and he has now officially confirmed that he is ending a glittering career from international football on Saturday. 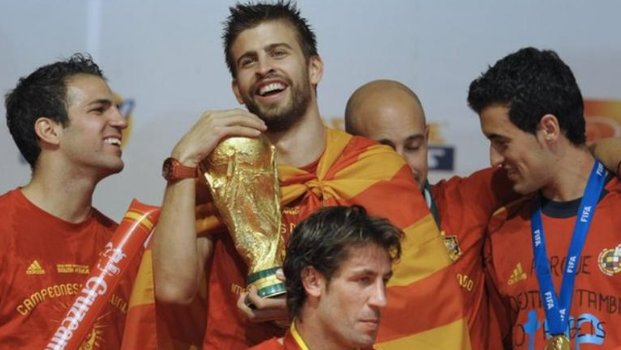 Pique has constantly been booed by Spanish supporters whilst playing for the national side due to his bold views on Catalonia, where he plays his club football for FC Barcelona.

However, the Barcelona man insisted that he felt “fortunate for being a part of the national team during such a beautiful and successful time” and said “the decision had already been made a long time ago and it was well thought out”.

Pique has made 102 appearances for Spain since his debut in 2009.